The origins of Giles & Lambert, P.C.

Who we are and what qualifications we have

See what other people are saying about us

Tracy and Malissa have lived here in Roanoke City for more than 25 years. We’ve seen the area grow and change and are raising our family here.

We have relatives in Southside, the New River Valley and Botetourt. Virginia and the area around us has many great activities for families on a budget, and we are always looking to share those with our family and our clients. From biking the Greenway to sliding down natural water slides at Roaring Run, to hunting, we look for fun, inexpensive activities for our family that we can share with our clients.

We strive for an office where clients feel comfortable and welcome. No babysitter – that’s fine. Kids can watch TV in the lobby or sit in with us.

We also focus on hiring staff that understands the problems our clients face and that can empathize with those problems. And, above all we take the time to train our staff extensively about bankruptcy, debt resolutions, and dealing with your creditors.

In addition to serving our clients, we also believe in giving back to their local community. We have both been and are extraordinarily active in local, state, and national legal organizations and with local community organizations, from our kids’ schools to local non-profits.

We are one of you and are here to help you. 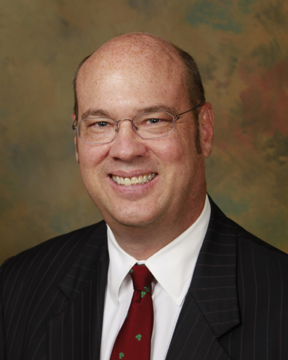 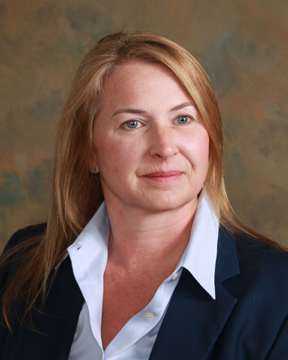 Heather Parsons is a 2009 is a graduate of Virginia Tech and a 2012 graduate of Regent University School of Law. She joined Giles & Lambert, PC in 2017 after working for Southwest Virginia Legal Aid Society and the Legal Aid Society of Eastern Virginia. Heather works primarily in the Blacksburg office, regularly representing Chapter 7 and 13 clients, as well as work-outs. She lives in Christiansburg with her family.

"I’m very pleased with the service I received at the Blacksburg office as well as with your team in the Roanoke office. Filing bankruptcy was a difficult decision but having your team walk me through each step made the process easier and less stressful. Thanks again!!"

“Malissa, thank you for helping me with my bankruptcy process.  This is a very emotional time for me and your expertise, knowledge, and advice is very appreciated in assisting me through.”

“Thank you so much for your help with this. You are right, it is so diffcult to ask for help or admit you’ve failed. You and your staff, esp. [...], made things so much easier for me. You have no idea how much I appreciate all you did for me.”

“Our case represented the complexities of a business-driven business case as well as two separate personal cases in both Ch 7 & 13, involving knowledge of two individual states as well that of federal laws. In choosing legal representation we carefully interviewed multiple law firms, querying their testimonials and recommendations, with the result of our choosing Malissa Giles (of Giles & Lambert, PC; http://www.gileslambert.com/) to run point on all individual cases. We chose well. Malissa Giles proved herself to be the most astute legally, as well as the most compassionate; and last but not least, the most honest attorney we have yet dealt with. We whole-heartily recommend Malissa Giles (http://www.gileslambert.com/) for your legal representation.”

"It was a difficult decision for me and my wife to request information about filing for bankruptcy in October 2009. I had a daughter in college and three children in high school. But I found Giles and Lambert Law Firm to provide sound expert legal advice in filing a Chapter 13 bankruptcy. Throughout the time period from October 2009 through February 2015, when my bankruptcy was discharged, I was supported 100 percent. I always had immediate responses to my phone calls and emails on the same day. I highly recommend Giles and Lambert law offices to provide you the legal advice needed to file a bankruptcy.”

“Giles and Lambert is an excellent company to work with if you are going to file any type of bankruptcy. Four years ago my finances were a mess and everyday it seemed that there was no way out. Just like a lot of things in life you just keep dealing with it and hoping that one day it might get better. I started using credit cards and different loans 25 years ago. I am now 49 years old and as of January 1, 2016 I am completely debt free thanks to Malissa, Tracy, and the Roanoke office. I have five kids who are all grown. They see a happier dad today and will also benefit financially as well.”

“We recently received a discharge at the end of our Chapter 13 payment plan. Throughout the entire 5-year process, Malissa was helpful, encouraging, and responsive whenever we needed guidance. She kept us informed and told us what to expect each step of the way. Working with Malissa made a situation that was desperate and traumatic much more tolerable and manageable. We are very grateful for her help in successfully completing our case.”

“I just want to say thank you for being such a help during this process.  Every time I have had a question or concern and I have contacted the office either by email or phone, you all have been very nice and helpful.  Filing bankruptcy wasn’t an easy decision for me but having you all to guide and explain things to me has made it bearable. Thanks for everything!!”

“My wife and I had an extremely complex bankruptcy because of my business and debt tied a commercial real estate short sale. Malissa Giles was able to navigate us through the process to a successful outcome.  She was thorough, her strategy was sound, and we well prepared when we got to court. Bankruptcy is not an easy or simple task, but we can’t think of anyone, anywhere to better get you through it than this Malissa and her firm.”

“Please accept this letter as an acknowledgement of my appreciation of you and your law firm. You were very informative about bankruptcy law. Malissa you were able to study my financial situation to see if bankruptcy was needed. After looking at the amount of unsecured debt I had been struggling with, we filed chapter 7 bankruptcy.
You and your staff provided direction, guidance and counseling as I gathered information of creditors, etc. Amanda, Beth, Kimberly, and the entire Giles & Lambert Staff, I just wanted to let you know how congenial and professional you are. I recommend you strongly to anyone going through financial difficulty as I have been. I sincerely appreciate having worked with you and your law firm.”

“Please accept this letter as an acknowledgement of my appreciation of you and your law firm. You were very informative about bankruptcy law. Malissa  you were able to study my financial situation to see if bankruptcy was needed. After looking at the amount of unsecured debt I had been struggling with we filed chapter 7 bankruptcy.
You and your staff provided direction, guidance and counseling as I gathered information of creditors, etc. Amanda, Beth, Kimberly, and the entire Giles & Lambert Staff, I just wanted to let you know how congenial and professional you are. I recommend you strongly to anyone going through financial difficulty as I have been. I sincerely appreciate having worked with you and your law firm.”

“I cannot tell you how much I appreciate everything that you’ve done. The situation is far from optimal, but when you’re done crying over spilled milk, all you can do is make the best of it. I couldn’t feel more supported, well represented and comfortable with this.
I’ve never – not for a second – felt like I wasn’t in the best of hands. Thank you, Malissa.”

“Malissa & Brittany
You all have made a very complex and stressful process manageable.  Malissa is a knowledgeable, consummate professional and Brittany an accomplished, detail-oriented administrative assistant.  Both make a powerful team to help folks at a point in their lives when they are at the end of their rope without much hope.
They operate with care, empathy, and compassion. You don’t feel judged–rather you feel helped and both go beyond the letter of the law by understanding the personal dynamics in one’s life that led them to their firm. Further they are there for you before, during, and after the process–you don’t feel alone or abandoned. They were immediate in their responses to your concerns and questions. Five stars in my book. ”

“Malissa, thank you for helping me with my bankruptcy process. This is a very emotional time for me and your expertise, knowledge, and advise is very appreciated in assisting me through.”

“I got myself into this mess, but with a 2nd chance I will get back on track. Now I can put the fear of losing my house behind me, sleep better…breathe! … [...] told me you reduced my fee. That just shows me you and your good wife are in this business to help folks like me… thanks for being there for me.”

“Thank you so much for seeing to me during this stressful time. You’re a great team. Keeping my house was by far most important at my age & bad health…Many people who have lost control of their finances (like me) are blessed to find folks like Giles & Lambert…I will be able to sleep tonight. I am sure I will be seeing you soon. I do so appreciate your help and good service… 2nd chances feel good!
I want to personally thank u and everyone in ur office over the past several years. I'm about half way thru my ch 13. It was what needed to happen. your office has been extremely professional helping me deal with the financial strain that i have lived with for years. Although I have lost a lot ( house, marriage, etc) i have gained a new outlook and new beginning. Once again thank you for all your help and i will gladly recommend Giles and Lambert to anyone who is in the situation that i was in.”

“Thank you so very much for helping during a time when I had no idea how I was going to be able to keep my house for myself and my son. I appreciate your kindness, and the kindness and compassion of your law firm. You made a situation that seemed impossible, work.”

“I appreciate everything you all have done for us.”